Domestic Violence Has No Boundaries 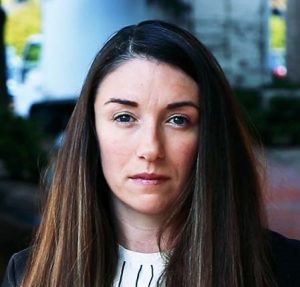 It had been nearly two years since I fled from my abuser with my two small children. I had gone through the hell of testifying in multiple court proceedings that included criminal charges and civil protective order hearings.  I was preparing for new trials in another state where he was also charged for crimes he committed against me.  This is when it hit me.  I was ready to take the next step.  Sharing my story, talking about what I endured, was as healing for me as it was important for others to hear.

Domestic violence is not my identity; it is not who I am.  But it touched me so deeply that I will be forever scarred and forever changed.  There is nothing on my body that can tell you that I was a victim of domestic violence.  I am a white female with two Bachelor’s degrees and a Master’s degree.  I was once married to the father of my children.  There were no predictors in my past to forewarn me.  Unfortunately, domestic violence does not discriminate and honors no boundaries.  It happens to people of all races, ethnicities, religions, cultures, education levels, socioeconomic statuses, and genders.  It is happening right now to someone you know.

With the help of Homestretch, I was able to not merely recover from this trauma but to build a new life from this experience in which I can help other women like myself.  I became a Social Worker in the domestic violence field where I have met thousands of domestic violence survivors. The one-the only- thing we all have in common is falling prey to an abuser.  I began using a tagline in my email signature “If you think you know what a victim of domestic violence looks like… LOOK AGAIN”.  This has opened the door for people to ask questions about what domestic violence is and for victims and survivors to come forward and share their experiences.

Homestretch is participating in the 2017 Allstate Foundation Purple Purse Challenge. It is a fundraising campaign during the month of October, which is Domestic Violence Awareness Month. Visit http://bit.ly/purplehs to donate money to help Homestretch provide housing and vital services for families fleeing domestic violence.